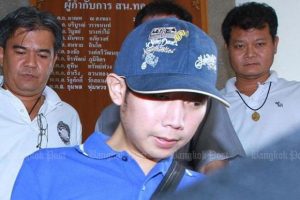 There are rich people in this world, and there are rich families. Many of them are so quiet they are almost anonymous. Take the Yoovidhaya family of Thailand.

A rather small and almost instantly obscure item by Michael Bloomberg’s finance-leaning news agency last week added a few details to the relatively fact-free history of what is really one of the country’s most amazing households. And that’s saying a lot in a country that has bred a lot of really fascinating family-unit success stories from government to banking, charity to crime.

If you just went by the phone book and bare-bones corporate listings, you might think the family is involved in medical advances. You find them under TC Pharmaceutical Industries Company, Limited, formed in 1956 by the patriarch Chaleo Yoovidhaya. Truth is, though, that while the family includes exactly one pill today, the Yoovidhayas have nothing to do with medicine or drugs.

It’s all about the drinks, and it started, with TC Pharmaceutical, with a small brown bottle and a colourful label touting the Red Gaur drink inside — Krating Daeng, as it was known and is, 60 years on.

A gaur, aka Indian bison is an increasingly endangered bovine animal, the world’s largest, arguably fiercer than your average buffalo. Chaleo made his label show two bright-red gaur, horns lowered, charging fiercely at each other.

His energy drink sold by the jillions, inspired many ripoffs and copiers and earned a lot of money, about which, read on. “Red Gaur” was a bit of a problem when Chaleo made a partnership deal with Austrian Dietrich Mateschitz, who actually discovered and used Krating Daeng to counteract jet lag. So instead of even trying to explain the Asian gaur to Europeans, they called the drink Red Bull.

As of last week, the Bloomberg Billionaires Index reckoned the Yoovidhaya family included 11 billionaires, or, to put it another way, 10 cures and a disease.

(Let’s say your family had US$22 billion (about 770 billion baht) and no more income at all. If you spent one million baht every day, seven days a week, you would run out of money in less than 2,200 years.)

The pill mentioned above is Vorayudh Yoovidhaya. He is the 29-year-old billionaire, accused killer, grandson of a hard-working business genius, family wrecker.

In four years, he has provided more publicity for the Yoovidhaya family than the other 10 billionaires plus late Grandpa Chaleo in the 93 years since Chaleo was born. His record in blackening the name of a respectable family is unchallenged in Thai history.
Not only is he accused of mowing down and dragging the body of Pol Maj Wichian Klanprasert with his Ferrari. Not only is he suspected with “helping” Wichian’s bereaved family with previously undreamt-of pecuniosity. He has dragged his own muddy, bloody boots across the family name, and continues to do so every time the case is recalled.

When you have more than one billion-with-a-“b” dollars, life’s difficulties are far different from those of other people. For Mr Vorayudh, it’s not “What will happen to me in court”? It’s “Where will I stay underground so the damned newspaper people can’t find me?” The public believes other questions involved with his disappearance, serial “accidents” in the police investigation and so on have all wound up grouped under a single question: “How much?”

With 10 billionaires who are his father, his uncles and so on, Mr Vorayudh knows he has plenty of backup if somehow he runs through 35 billion-plus baht while he’s on the run.

But there’s another motive for the Yoovidhayas in play. Every since Grandpa Chaleo formed the company, being discreet has been key. Chaleo, in his lifetime as an entrepreneur, supreme international businessman, superb marketer, gave the following number of press interviews: none. The total number of recorded interviews with a person named “Yoovidhaya” in the Bangkok Post and Bangkok Post Sunday and business-oriented Post Today newspaper morgues can also be represented by a goose egg.

This is the most likely, perhaps unique Achilles heel in play. It surely galls Thailand’s 11-billionaire family to see young Mr Vorayudh on the front page at all. Perhaps if he were there more often, his fellow billionaires and their spouses and relatives might be inclined to convince him to seek justice instead of just arrogant selfishness.

Prosecutors decided to give the Red Bull heir, Vorayudh “Boss” Yoovidhaya, another chance after he failed to meet them Wednesday to answer charges in connection with a deadly hit-and-run incident in 2012.

Sutthi Kittisupaporn, chief of the Department of Southern Bangkok Criminal Litigation, said the suspect did not appear and the prosecution had heard nothing from his lawyers.
Mr Sutthi said Mr Vorayudh still has a chance to report to prosecutors, noting that they will ask Thong Lor police to explain why the suspect did not show up and to arrange a new meeting.
He said the prosecution expects the next meeting to take place within 30 days. Police will need 15-20 days to issue a new summons and the suspect will be given 10-15 days to prepare, he added.
According to Mr Sutthi, if the suspect fails to appear without a proper reason, it will be evident he is stalling the case, which justifies issuing an arrest warrant.

He said that in the criminal process, a suspect must be brought before the court if he is not detained in jail.

A police source familiar with the case said Wednesday that once an arrest warrant is issued, the Immigration Bureau will be notified and asked to make an arrest if the suspect passes through any checkpoints.
“So far there’s no need to ask Interpol to track down the suspect because the police can still contact his lawyer. So it’s unlikely that he will flee,” said the source.

Thong Lor police say they will arrest Vorayudh “Boss” Yoovidhaya if he fails to answer charges in connection with the 2012 hit-and-run death of a policeman. The Red Bull heir will have until May 25… to report to prosecutors or face arrest, though police admit that authorities are unclear of his whereabouts.

Please credit and share this article with others using this link:http://www.bangkokpost.com/news/general/963169/red-bull-heir-boss-gets-summoned-by-police. View our policies at http://goo.gl/9HgTd and http://goo.gl/ou6Ip. © Post Publishing PCL. All rights reserved.