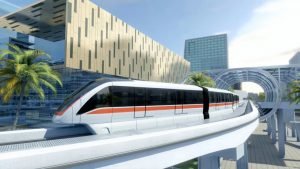 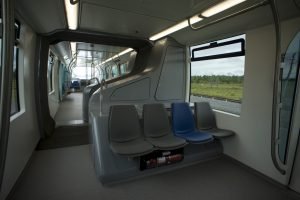 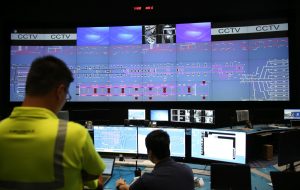 n Bangkok, you can’t get there from here

By Sirinya Wattanasukchai
Special to The Nation

Compared to the thrilling rapidity of the dramatic cave rescue in Chiang Rai, the travelling life of the average Bangkok commuter has continued to be remarkably slow. Motorists are used to that, of course, but riders of the BTS Skytrain have abruptly been deprived of their accustomed fast lane.

Since its opening, the Skytrain had consistently been the most time-efficient mode of public transport in the capital. For most of the past three weeks, though, it’s been neither fast nor predictable. Business commuters have instead become used to keeping their fingers crossed every morning when they leave home, wondering if they’ll make it to work on time.

With news elsewhere overshadowing events in Bangkok, from the cave rescue to the terrible flooding in Japan to the catastrophe that befell Chinese tourists in Phuket, the Skytrain operator has been able to relax a little lately while headlines were diverted. The BTS issue persists, however, and public scrutiny should not relax. The city was almost paralysed on June 25 when the Skytrain broke down, and two weeks later there is still no indication of a long-term solution to the problem.

The recent series of service disruptions were hardly the first glitches in BTS history. Regular riders are all too familiar with trains being delayed without warning, and certainly without a fare refund. But what’s been happening lately represented the worst set of incidents to date.

In terms of alternatives for most commuters, Bangkok has public buses, vans and boats, as well as taxis and motorcycle-taxis if the traffic isn’t in gridlock. But these aren’t efficiently connected, the buses are often crowded and unreliable, the rides you can hail tend to get pricey when demand is high, and the vans are starting to charge more too.

Having put its customers through a nightmare, the BTS operator shrugged the blame off onto whoever else was using the same radio frequency on which the Skytrain relies for operations. The signal was being disrupted and the rail system malfunctioned, it said. The commuter’s attention thus turns to the government, which has a responsibility to ensure mobility for the masses.

Bangkok commuters have a very limited choice in ways to get around. Those who can afford cars endure the gridlock. People less well off ride the rails and the charter vans. The poorest must be content with sluggish, wheezing buses. Different costs and levels of convenience mean these modes of transport are not interchangeable. You’ll never see a rich guy on the bus or a homeless person on the subway.

The government has never made an earnest attempt to discourage private car use or to extend bus routes into the sprawling residential areas. Compare that to the situation in Berlin, where the German House of Representatives approved a “Mobility Law” on June 28.

An outsider visiting Berlin is apt to be astounded by what’s already in place for commuters – there are underground trains, ring trains and bus feeders plying the entire city. And yet the citizens pressed for more.

Der Tagesspiegel, a local newspaper, reported that the new law was designed to improve safety for all road users, including cyclists and pedestrians. With no new cycling paths established in two years, it requires upgrading the paint-delineated lanes as protected territory, clearly separated from the lanes used by motorised vehicles. Cycling routes must be clearly identified for all to see.

The Mobility Law will also expand public transport, giving priority to buses and trains. Some 100,000 bicycle racks will be installed in railway stations and at bus stops and other public facilities. Accident-prone intersections will be reconstructed – 10 of them this year alone.

Surprisingly (for Thais, anyway), Berliners and some news media outlets still aren’t satisfied with the new law, saying it doesn’t go far enough and could take years to be properly implemented. Commentators pointed out that two children had been killed in separate road accidents in the city within 24 hours just two weeks before the law was approved.

They may have some points, but imagine how delighted the citizens of Bangkok would be if their government were to bring about any such changes. The German government has at least tried to improve urban mobility – by bus, train, bicycle and foot. Here, we can only think Berliners ought to be more grateful to have so many choices in transport. They’re at least not being forced into a choice based on their social and economic class.

The Foundation for Consumers (FFC) has hit back at BTS Group Holdings Plc (BTSG) chairman Keeree Kanjanapas for saying he regretted investing in the Skytrain, which was beset by technical malfunctions…
last month leading to frequent delays and passenger congestion. Mr Keeree made the remark during a remedial policy announcement for passengers affected by the malfunctions from June 25-27. He said…
He said when he made his decision to invest in the Skytrain "he was unaware of all the factors involved". He added that had he known of the consequences, he would not have invested in the project.
FFC secretary-general Saree Aongsomwang said the BTS chief's comments "did not make sense" as BTSG is currently turning in profits. "Their passenger numbers have soared, and they are gaining revenue…
from other operations, such as advertising," she said. BTSG's annual report states it made over 4.4 billion baht in profit in the latest fiscal year, more than double what it made the previous year. According… to Ms Saree, "City Hall has basically allowed the Skytrain operator to do anything it wants," she said. "As the owner of these networks, it must monitor the processes of the train operator, including how…

Please credit and share this article with others using this link:https://www.bangkokpost.com/news/general/1499942/consumer-group-rounds-on-bts-boss?utm_source=bangkopost.com&utm_medium=article_news&utm_campaign=most_recent_bottom_box. View our policies at http://goo.gl/9HgTd and http://goo.gl/ou6Ip. © Post Publishing PCL. All rights reserved.