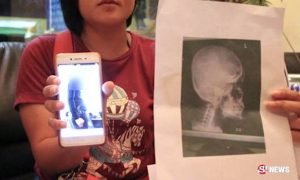 More than 50 foreign nationals, mainly of African origin, were arrested Monday for various transgressions, ranging from illegal entry and visa overstaying to drug offences, as authorities raided 11 locations in Bangkok and Samut Prakan.

The raids were jointly conducted by several police units, including the Tourism Police Bureau (TPB), Patrol and Special Operation Division, Narcotics Suppression Bureau and the Immigration Bureau (IB), as well as the army’s 2nd Infantry Division.

The raids, according to TPB acting deputy commissioner Surachet Hakpan, were in line with the government’s policy to clamp down on foreign influential figures and criminals and those posing security risks, which could harm Thailand’s image and tourism industry.
……
During the raids, two Nigerians were arrested for illegal entry in Samut Prakan.

Another six Africans were caught for overstaying their visas in the same province, a Tanzanian, a Malian, two Ethiopians, a Gambian and a Nigerian.

Also, two people, who were not identified, were arrested in Samut Prakan in separate incidents. One was detained for providing accommodation for foreigners without informing authorities within 24 hours and the other for possessing an electric baraku, a prohibited item in Thailand.

In Bangkok’s Phasi Charoen district, a foreign national, whose name was not given, was arrested for possessing 2.3 grammes of crystal meth, known locally as ya ice. Another suspect was also apprehended with 8.3 grammes of cocaine in his possession in Bang Na district.

The raided targets included three entertainment venues in the capital.

At the “The Shock” in Phetchaburi Soi 39, seven foreign nationals were arrested for taking drugs and five others detained for failing to produce their passports.

At the “Sugar Club” in Sukhumvit Soi 11, a person was also apprehended for failing to present their passport to police.

In Soi Nana, 27 foreign women strolling in the area were taken in for questioning as they looked suspicious, police said, and two men were detained for failing to produce their passports for inspection.

Pol Maj Gen Surachet said foreign nationals who overstayed their visas have been involved in various crimes. Raids will be conducted at other venues, including Soi Cowboy, Khao San Road and in key tourism provinces, he noted.

The prime minister, he said, had insisted state officials or police who helped foreign mafia gangs must be dealt with swiftly as in some cases, police officers were found to have assisted some foreign offenders.

Citing an example, the TPB acting deputy chief said a Nigerian drug convict was found to have remained in Thailand after having served five years in jail here.

The raids, according to TPB acting deputy commissioner Surachet Hakpan, were in line with the government’s policy to clamp down on foreign influential figures and criminals and those posing security risks, which could harm Thailand’s image and tourism industry.