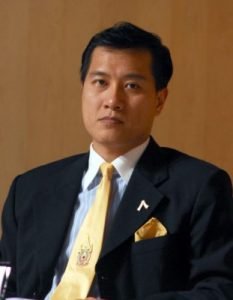 BANGKOK — Thailand’s tourism boom is causing serious problems and the bureaucracy is ill-equipped to fix them.

That no-punches spared assessment comes from none other than its new tourism minister, Weerasak Kowsurat.

“The problems have been swept under the rug for 30 years now. At this time, it’s being lifted up a little,” the 52-year-old Harvard law school graduate said in an interview. “I don’t have enough time to change the rug. What I will do is pull the corners. You can show what’s under the rug if you grab the right corner.”

During the course of an hour-long interview, the former Tourism Authority of Thailand board member kept circling back to the same threats confronting this critical engine of the national economy: Ever-growing hordes of tourists trampling sensitive beaches, cities and towns that never get their share and a bureaucracy that doesn’t know how to fix such problems.
We share the same wishes,” Weerasak said of the commentators who criticize his agency, switching to English. “But we don’t seem to have the right tools [to fix the problems]. What we have are paper regulations.”

This isn’t Weerasak’s first time on the job. The technocrat held the post twice in 2008, a turbulent year marked by months-long street protests that brought down two governments and briefly occupied Bangkok’s international airports.

Weerasak, who in high school spent a year in the United States as an exchange student, also remembered it as his own turbulent time. He was only given three days notice he would head the ministry. Prior to the job, he had never worked in tourism.

“I got the job right in the peak of sport day,” Weerasak said, using a reference to the color-coded political crisis pitting Redshirts against Yellowshirts.

d and sun” such as Phuket and its outer islands are now dangerously overcrowded, plagued by waste issues and running short of fresh water. They have seen no major infrastructure overhauls in over a decade, he said.

On the other hand, cities in the north – with the notable exception of Chiang Mai – and the northeast barely see any tourists or reap the benefits of the so-called boom. Weerasak himself was born in northeastern province of Ubon Ratchathani.

Asked whether Thailand is becoming a victim of its own success, the minister said he wouldn’t go so far. Countries such as Spain and France have a higher ratio of tourists to the population but are doing fine, Weerasak said. He pinned the problems on domestic management.

“I am not complaining about quantity,” he said.