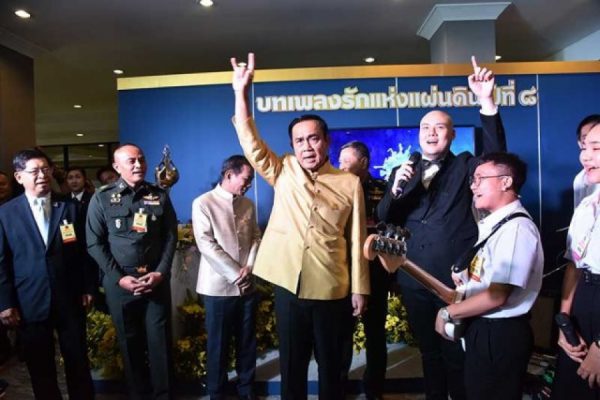 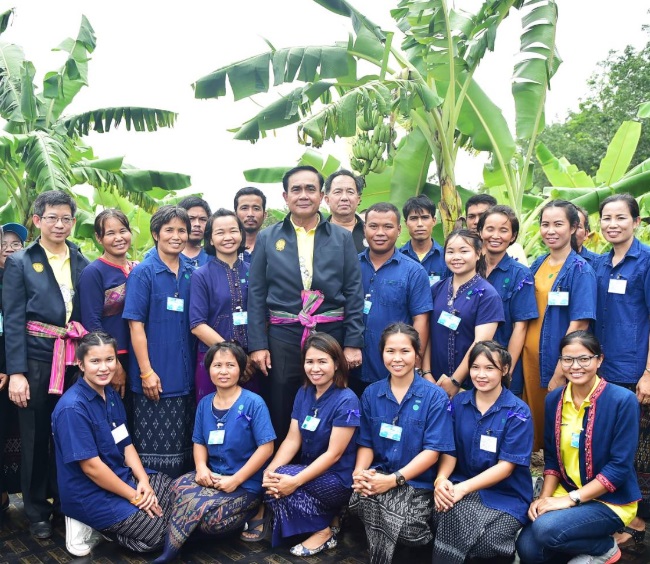 Blame Problems on Past Govts, Not Junta: Prayuth

AMNAT CHAROEN — Thailand’s past problems are due to the leaders its people chose, junta leader Prime Minister Prayuth Chan-ocha said Monday during a visit to the rural northeast.

Prayuth, who is touring Amnat Charoen province, said the government can’t be blamed for the nation’s problems as people are responsible for choosing who comes to power. He said this extends to the election of national and local leaders, adding that people shouldn’t just think about democracy or politics but choosing responsible leaders and eradicating corruption.

“The closer to elections, the more I have to visit local areas to explain things to people. When a new administration is in place after the next election, it must be a government that can visit any place. Especially if there are people who hate it, it must go out and seek them,” Prayuth said, adding that It was okay if there were people who hate him, and that every soldier loves local people.

In reaction to the junta leader’s comments, pro-democracy activist Rangsiman Rome said Prayuth says one thing and does another.

“So saying he is not campaigning means he is campaigning. Attempts to continue Prayuth’s power post-elections have already begun,” Rangsiman said.

Prayuth also called for unity, saying people had to come together and embrace their Thai identities. 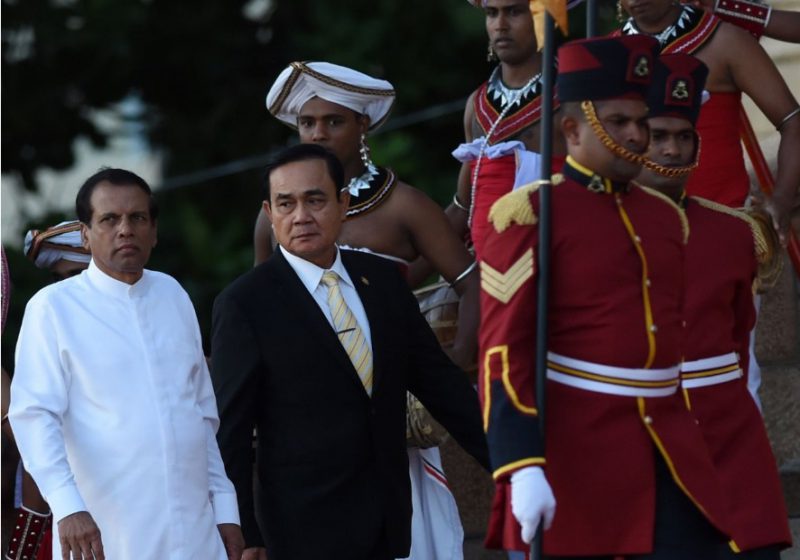 UBON RATCHATHANI — Police on Saturday visited the home of an academic to ask that he and his students refrain from engaging in protests when junta leader Gen. Prayuth Chan-ocha visits a northeastern province next week.

Police officers went to university lecturer Teerapon Anmai’s home and asked him not to make any political move come Tuesday when the prime minister hosts a mobile-cabinet meeting in Ubon Ratchathani province. He was one of six politically-active academics at Ubon Ratchathani University visited this week and asked to make sure students and lecturers don’t stage protests against Prayuth or the junta.

“This is harassment by soldiers and police. They are people I don’t want to talk to. They visited my home even if I personally do not know them.” Teerapon, who teaches communication arts, said after four low-ranking police officers visited his home. “I am a lecturer, imagine what it would be like if I was just an ordinary villager. What would I faced then?”

Teerapon – who the junta summoned to report right after the 2014 coup due to his political beliefs – said they could plant some evidence and charge him, and that he didn’t know what they were thinking of doing next.

Earlier in the week, he met the province’s army representative, Col. Mongkut Kaewprom, who made the same request. Teerapon claims the colonel was concerned about the security of his job if a protest occurred Tuesday.

“He asked me not to make any [political] move because he could be transferred as a result,” Teerapon said, referring to a Thursday meeting with Mongkut at the university. “I told him if the country was normal we wouldn’t have to meet because I am a good citizen. I said since the coup, military vehicles have been roaming the university and this looks bad.”

He said the colonel then asked if there were any spots for army officers to teach about nationalism and reverence toward the monarchy, adding that he then offered to have an army band perform at the university.

Another academic Mongkut visited said he would not speak to his students.

“The implication is that they want to me to call the students for talks. This is something I won’t do. It’s not my duty,” said Titipol Phakdeewanich, dean of political science at the university, who met the colonel twice last week.

Although he said Mongkut spoke to him politely, he said it’s still a violation of human rights.

“It’s like I am being pressured to say yes. I can’t,” he said Sunday, adding that he doesn’t think protesting is a threat to national security.

Reached by phone on Sunday, Mongkut first asked if the interview was being recorded. After being told it wasn’t, he said he thinks Prayuth’s visit and the cabinet meeting will go smoothly without protests.

“I just went to meet and consult with him. He cooperated and personally has no issue,” Mongkut said, referring to the meetings with Titipol at the university.

Mongkut said the cabinet meeting would take place at an enclosed area inside the university, where contact with students and faculty members will be limited.

“So I don’t think any worrying incident will occur. I am not worried. There’s nothing much really,” the colonel said, trying to play down the issue.

Correction: This article was modified to show that it was police and not the army who visited Teerapon on Saturday.

The bids for transportation development projects need to be rolled out urgently before the end of this year, Mr Somkid told officials during his visit to the ministry on Wednesday.

Thailand must be a main hub among the CLMVT [Cambodia, Laos, Myanmar, Vietnam and Thailand] countries, and this is why all these transport projects must be put up for bidding within seven to eight months before we [the current government] leave," Mr Somkid said.

Please credit and share this article with others using this link:https://www.bangkokpost.com/news/politics/1501674/somkid-wants-bids-before-poll. View our policies at http://goo.gl/9HgTd and http://goo.gl/ou6Ip. © Post Publishing PCL. All rights reserved.

Die Vorbereitungen laufen an. Gut so.