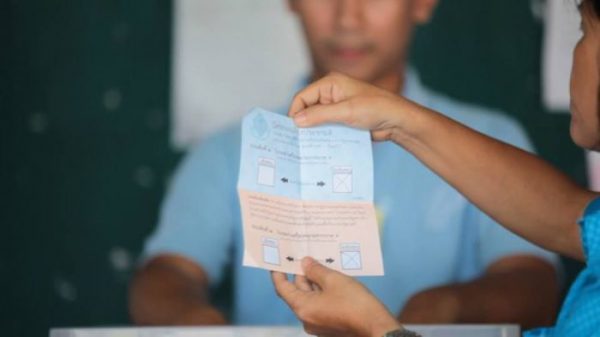 The wind of change is blowing. It's only just a breeze now really. But already it has caused quite a stir. A frenzy of mud-slinging against the new up-and-coming party and its freshmen politicians has…
When the Future Forward Party (FFP) was being formed, people looked at them condescendingly. After all, they were just a bunch of new and inexperienced faces attempting to play in the big league.
But once the party and its leader Thanathorn Juangroongruangkit scored a major surprise, all hell broke loose. All roads bearing knives and venom lead to Thanathorn and the FFP. All sorts of complaints… have been laid against the party, Mr Thanathorn and secretary-general Piyabutr Saengkanokkul. Some of these allegations are old news that happened way before the party existed. Most of the allegations…
are politically motivated and simply ridiculous attempts to stop the party's and Mr Thanathorn's meteoric rise. Everybody knows it. The military bosses know it but they don't care what people think…
so long as they achieve their sinister objectives. A seasonal change usually brings inclement weather. And so this stormy political weather is to be expected. The establishment is being shaken up to… to its core, not by its traditional enemy but by an unknown, untested force with an army of young, enthusiastic followers.
The rise of the FFP and its so-called "Futuristas" scares the military and its conservative flock to such a degree they are resorting to the tactics of past eras past that may eventually led to mindless… violence against fellow citizens. Old clips, old writings, old spoken words have been dug up from years ago to level against both Mr Thanathorn and Mr Piyabutr. Hate speech has been slung against them…

Please credit and share this article with others using this link:https://www.bangkokpost.com/opinion/opinion/1657468/old-guard-cant-halt-the-turning-tide. View our policies at http://goo.gl/9HgTd and http://goo.gl/ou6Ip. © Bangkok Post Public Company Limited. All rights reserved.

Mr Thanathorn spoke during an interview on TV, saying that on May 22, 2015, a young and pro-democracy group calling themselves the New Democracy Movement (NDM) had gathered in front of the Bangkok Art…
Mr Thanathorn said that on that day about 200 people turned up at the police station to give moral support to the demonstrators and he was one of them. After that, the Pathumwan police set them free…
"On that day, after I gave them moral support, my driver drove me home. When my car was on Rama IV Road, I came across one of the demonstrators. That demonstrator was Rangsiman Rome and I opened the car…
window to ask where he was walking to and why he was alone. "He told me that he was calling a taxi after which I told him I would drive him. I wanted to take care of him because he had just been freed…
because he had just been freed from the police station after he had been fighting for freedom. That's it. My driver told me that on that day my car was followed by a state car," he said.

Please credit and share this article with others using this link:https://www.bangkokpost.com/news/general/1656652/ffp-boss-rejects-ncpo-claim. View our policies at http://goo.gl/9HgTd and http://goo.gl/ou6Ip. © Bangkok Post Public Company Limited. All rights reserved.

By KAS CHANWANPEN
THE NATION

POLITICAL PARTIES yesterday called on the Election Commission (EC) to reveal each polling station’s ballot count and hold new elections or re-count ballots in more than just the eight centres where it claims to have found discrepancies.

Pheu Thai Party MP candidate for Samut Prakan province, Chatchai na Bangchang, filed a complaint with the EC yesterday, calling on the agency to re-count the ballots as well as investigate the conduct of local election referees.

Several irregularities have been reported, he said, adding that in some stations there was an inconsistency in the numbers even after the ballots were counted twice, while referees in other polling stations refused to let observers in.

She emphasised that according to unofficial results announced the day after the election, her party had won more than 390,000 votes, but later the EC claimed Mahachon Party had only won some 17,000 votes.

Future Forward Party also yesterday called on the EC to reveal the results of the more than 92,000 polling stations nationwide to ensure transparency.

The party said its members had tried contacting individual polling stations for results, but they were turned away by officials who said the information was confidential.

The EC commissioners had on Wednesday decided that ballots would be recounted in two polling stations, while re-election will be held in six others.

Major discrepancies in ballots cast and voter turnout were reported in 10 polling stations, but EC deputy secretary-general Sawang Boonmee said yesterday that the case had already been settled in four of them.

The two polling stations where the ballots will be recounted are in Khon Kaen province. Sawang said the number of ballots counted, the voter turnout and the number of ballots cast did not tally. Such inconsistencies could mean some ballots have either gone missing or have been taken out of the polling stations, a phenomenon that the EC has been referring to as “skippy ballots”.

The six polling stations where a by-election will be held are in Lampang, Yasothon, Phetchabun, Phitsanulok and Bangkok provinces. The EC official explained that a re-election was required because the number of voters and ballots used were inconsistent and officials were unable to identify the cause.

“The MP election law states that the EC can order a re-count or a re-election if there is proof showing the election in that constituency was unfair or the counting was incorrect,” Sawang said.

The candidates in the constituencies requiring a new election will remain the same, he said, adding that they can campaign for votes but the budget will be reduced in line with the law.

In Bangkok, the station that will require a by-election is in Bang Kapi district, where several parties have demanded a re-count or re-election due to massive irregularities.

Future Forward Party, which was also one of the complainants, remained dissatisfied, saying a re-election in one area will not make much difference to the election result of an entire constituency. Irregularities have been reported in many polling stations in the Bang Kapi constituency, the party said.

As for the four polling stations that will face no action despite discrepancies, the EC official said this was because the electoral officials were able to explain what had happened.

He said that in most cases, voters had torn up their ballots after marking the wrong box and were not aware that this was unlawful. In one case, he said, a voter had mistakenly put a copy of his ID card on an A4 sheet of paper in the ballot box and taken the ballot home.