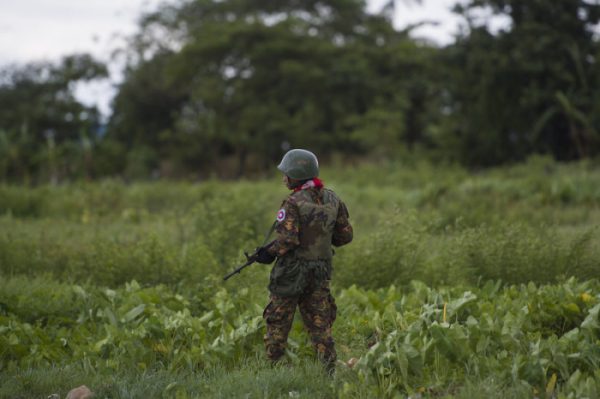 Myanmar's saint who lost her way

Almost completely obscured by the blanket global coverage of the US election, they are having one in Myanmar too. The outcome is even more a foregone conclusion, although in this case it will confirm the existing government in power. But it is only by condoning a great crime that democracy there survives.

Aung San Suu Kyi, known universally in Myanmar as "The Lady", got the Nobel Peace Prize for her leadership in the long struggle against military rule, and by 2015 it looked like she had won. Her National League for Democracy party secured an overwhelming majority in parliament in that year's election, and she became the country's effective leader.

But the army still had another trick up its sleeve. In 2017, in Myanmar's western province of Rakhine, there were a few small attacks on local police posts by the "Rohingya Salvation Army". The "army" was just foolish, ill-armed village boys, and they only killed a handful of people, but they gave Myanmar's generals a way to corner Ms Suu Kyi.

The Rohingya are descended from Bengali Muslim troops who helped the local Buddhist dynasty recover the Rakhine throne from Burmese invaders in 1430. King Narameikhla encouraged them to settle there, and six centuries later the Rohingya, still Muslim, accounted for about one-third of Rakhine province's population.

However, modern Myanmar nationalists have become paranoid about the country's tiny Muslim minority (only 4% of the total population). Some other parts of South and Southeast Asia (Pakistan, Bangladesh, Malaysia, Indonesia) were converted from Hinduism or Buddhism to Islam in the fairly distant past, and Myanmar's Buddhist majority has been seized by the irrational fear that the same thing might happen there.

Or more often, they just pretend to fear that because it lets them scapegoat the Muslim minority. Previous Myanmar regimes had already revoked the Rohingyas' citizenship, and Buddhist militants in Rakhine encouraged attacks on the Rohingya minority (that's what the "Rohingya Salvation Army" was responding to) — but what the army did in 2017 was off the scale.

The Myanmar army used the few small terrorist attacks in Rakhine as an excuse to launch a full-scale 21st-century genocide. It destroyed the Rohingya villages, slaughtered tens of thousands of Muslim men, women and children, and drove the rest of the Rohingya (730,000 people) across the border into Bangladesh. And Ms Suu Kyi felt compelled to defend its behaviour.

She chose political survival, and billboards appeared across Myanmar showing her with the leading generals above the caption "We stand with you". Last December she even appeared before the International Court of Justice in The Hague to defend the army and deny the genocide.

One of the United Nations investigators who looked into the allegation of genocide, Antonia Mulvey, said outside the court after her testimony: "Aung San Suu Kyi did nothing to stop the killing. She could have asked for help from the international community at the time. And now, as the final insult, she's defending the army's behaviour in court."

That's one way to describe what she did. Another would be to say that she decided to sacrifice her international reputation as a secular saint in order to preserve the halting progress of Myanmar towards a democratic future.

She could not have stopped the army from carrying out the massacre, the worst of many it has committed against various minority populations in Myanmar over the past 60 years. The "international community" was never going to intervene to stop it either. And the majority Bamar (Burmese) ethnic group that has dominated the country since independence would never forgive her if she sided with the Rohingya.

So she made her choice, and she may have realised how great an evil she was committing by doing so. The end does not justify the means, but her National League for Democracy will win the election this Sunday.