Learn from past visa-waiver mishap 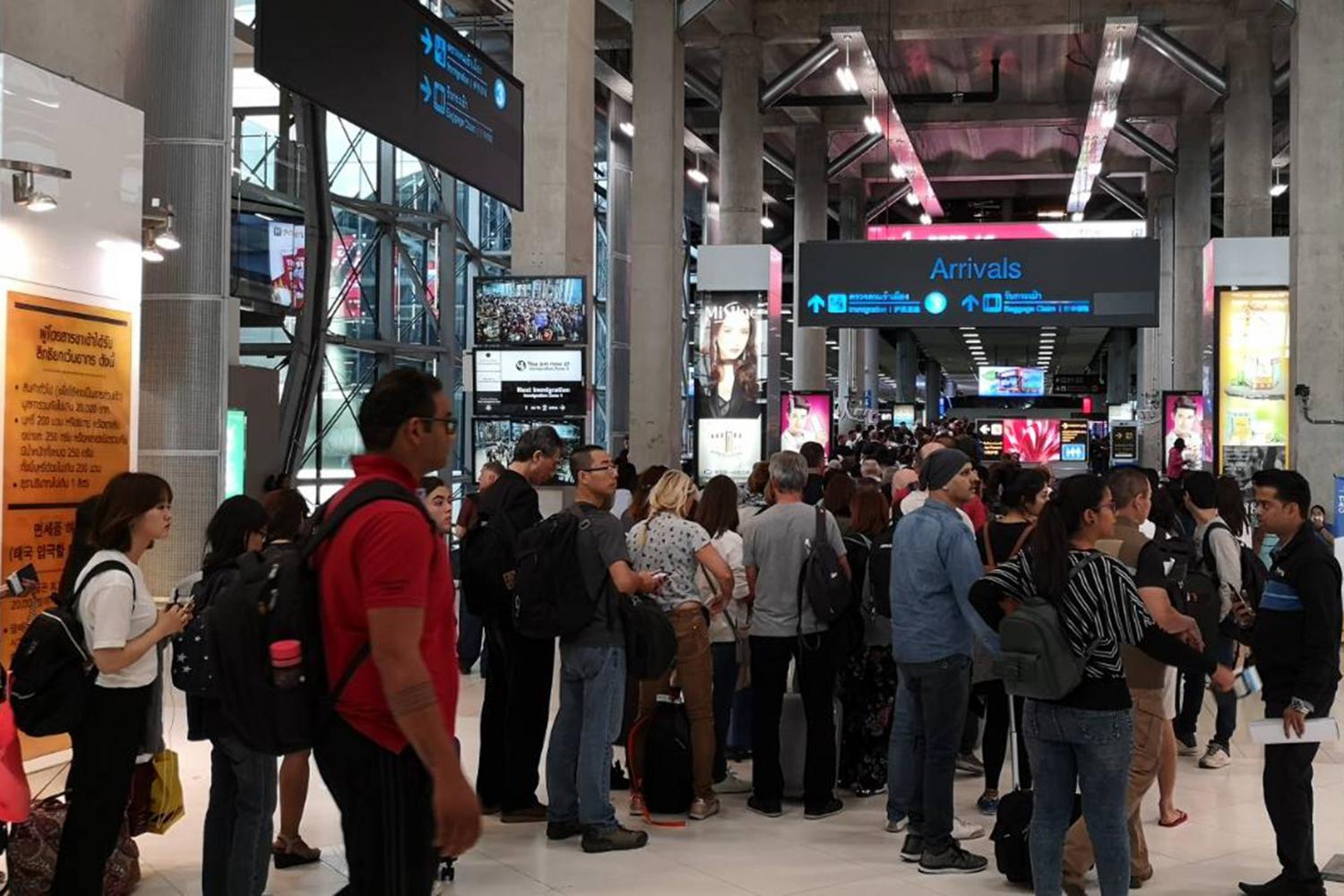 In September 2003, the Thai government undertook the most incredible step by signing a visa-waiver agreement with Russia. No other Asean country had dared to do that before.

Since then, Russian tourists have been flocking into Thailand, from a few hundred thousand in the early 2000s to over 1.5 million at the end of last year.

In contrast, Thai visitors to Russia only rose from a mere few thousand to hit well over 50,000 last year. That said, the number is likely to increase as more flights and package tours become more available.

At the time, the decision was hailed as it brought in big-spending Russian tourists with their bagfuls of cash, and the Thaksin Shinawatra government was happy with the decision because of the increased revenue it generated.

In hindsight, the visa-free policy cost Thailand billions of baht over the past 15 years in visa fees, which was recently hiked to 2,000 baht per person. The irony was that the arrangement was inked by a former prime minister who had a deep personal rapport with Russian President Vladimir Putin.

Thaksin thought it was a good deal because it would also strengthen bilateral ties and win Mr Putin's favour. He toyed around with the possibility of building a Russian energy facility in Thailand. He had also planned to import more weapons, oil and other strategic goods from Russia.

Indeed, in 2005, Thaksin nearly completed a deal to exchange Thai agricultural products for a squadron of Sukhoi Su-30 fighter jets.

However, more than officials would like to admit, some Russian visitors — while they brought in money — also brought unpleasant things along with them.

Following the Soviet Union's collapse in 1991, Russian organised crime rings began to sneak into Thailand. According to police records, the Russian mafia was engaged in all kinds of criminal activity in the kingdom — including finance and real estate fraud, extortion, money laundering, drug smuggling, human trafficking, counterfeiting and cybercrime.

However, the most concerning impact of the waiver has to do with the influx of former mercenaries and other criminal elements from various parts of the former Soviet Union.

For years, Thai law enforcement agencies dared not speak about the trouble they encountered. For instance, they have from time to time asked Russia for more cooperation in reining in rogue groups operating in Pattaya and Phuket, but Moscow's responses were lukewarm at best.

Thailand needs to learn from the visa waiver for Russian tourists. Over the past 15 years, there have been numerous high-profile arrests of Russian criminals and serial killers — the most well-known being Victor Bout, the arms dealer arrested in 2008. After three years of legal wrangling — which brought down US-Thai relations to a near record low, due to Washington's mistrust of the Thai judiciary — he was finally extradited to the United States.

The visa-waiver scheme for Russian nationals was unique in that it was done bilaterally at the top level of leadership without any consultation and/or debate.

Last week, the cabinet rejected a proposal put forward by the Ministry of Sports and Tourism to waive visa application fees for Chinese and Indian tourists. The decision, considered a bold move by the Prayut administration, was spurred by the timely intervention of Foreign Affairs Minister Don Pramudwinai, whose last-minute appeal convinced the cabinet to turn down the plan.

But that is not the end of the matter. Thailand still needs to quickly learn the lessons from its visa-free arrangement with Russia because it concerns millions of tourists. That said, no authorities — including the National Security Council — have done an assessment of the threat posed by increased tourism.

One of the thorny issue raised in the cabinet meeting last Tuesday was the number of people who could potentially escape the Immigration Bureau's (IB) scrutiny.

According to unofficial statistics, there are well over 10 million illegal immigrants from more than three dozen countries living in various provinces across Thailand.

Given the nature of Thai politics under civilian rule, the issue is likely to make a comeback in the future as it is directly related to the vested interests of the coalition parties. The scheme, which was proposed by the Bhumjaithai Party, is no different. In the past, government agencies have used visa schemes to justify its policies and/or actions. In fact, it has become an instant formula that the government likes to resort to when the economy is stalled — especially after a coup.

Lest we forget, the visa-on-arrival scheme (VOA) was first initiated by the IB to ease the entry of foreign visitors to Thailand. All visa fees collected at entry points would go directly to the IB's coffers, not the state's, as is the case with visa applications through Thai foreign missions. This helps explain why immigration officers would rather have hundreds of foreign tourists waiting in long queues for their VOAs. Due to the recent widely reported corrupt practices at immigration counters, "No tipping" signs have been installed at the booths.

Thailand has to adopt a "win-win-win" approach. The first "win", can be achieved by continuing to welcome foreign tourists from around the world, while the second can be attained adopting a strategy that strengthens bilateral ties through equal people-to-people exchanges. To claim the final win, the government needs to adopt an approach that allows it to meet the first two conditions while keeping its own house in order.

Indeed, the IB needs a shake-up. Thailand needs honest immigration officers and an effective structure in place to cope with the influx of tourists in Asean's No.1 tourism destination. It needs tourism to boost its economy. We need to welcome tourists as they not only contribute to our society economically, but also culturally and socially.

However, without a good system to locate those who overstay their visas and the "Robin Hoods" who choose to disappear, it is imperative that Thailand continues to require visas.

It is no secret that past appointments and removals of IB heads were often abrupt, which reveals the true nature of this much-coveted position. Any new leader cannot stay more than a year, as there is a long waiting list.

Thailand should learn from Japan's Immigration Bureau, which has recently been upgraded to an agency so it can handle the greater influx of tourists into the country. In fact, the agency has been keeping tabs on the number of Thai visitors, which exceeded one million last year.

In 2013, Japan allowed Thai passport holders to stay visa-free for a 15-day period. Immediately following the decision, Japan's immigration authorities began to routinely issue the exact number of Thai nationals who overstayed their visas to urge them to report to either Thai or Japanese authorities for consular assistance. At present, there more than 5,000 Thai overstayers in Japan.

As more tourists come, Thailand's immigration officers needs their foreign counterparts' cooperation to screen passengers at their departure points. More officials should be stationed at major airports, such as Suvarnabhumi, Hat Yai and Chiang Mai, to help identify fake travel documents and fugitives.

It is up to Thailand to come up with effective measures to mitigate the risks posed by the arrival of millions of tourists from all over the world. Tourism is good for economic development, but blame should not be placed on innocent tourists.

in diesem Lande ansieht so versteht man was ich meine!