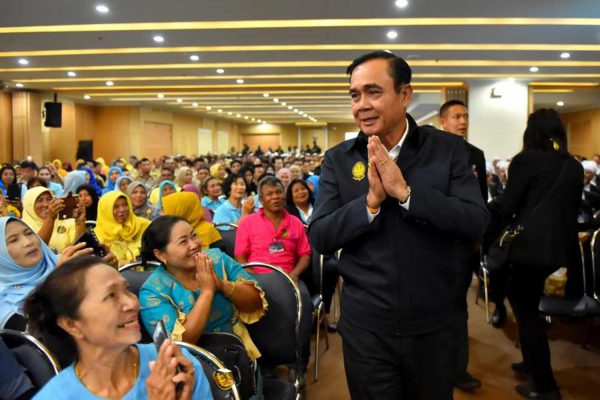 der enttäuschte Mongkolkit:      "We stand ready to support the government on good policies and will oppose it if we think they are wrong." 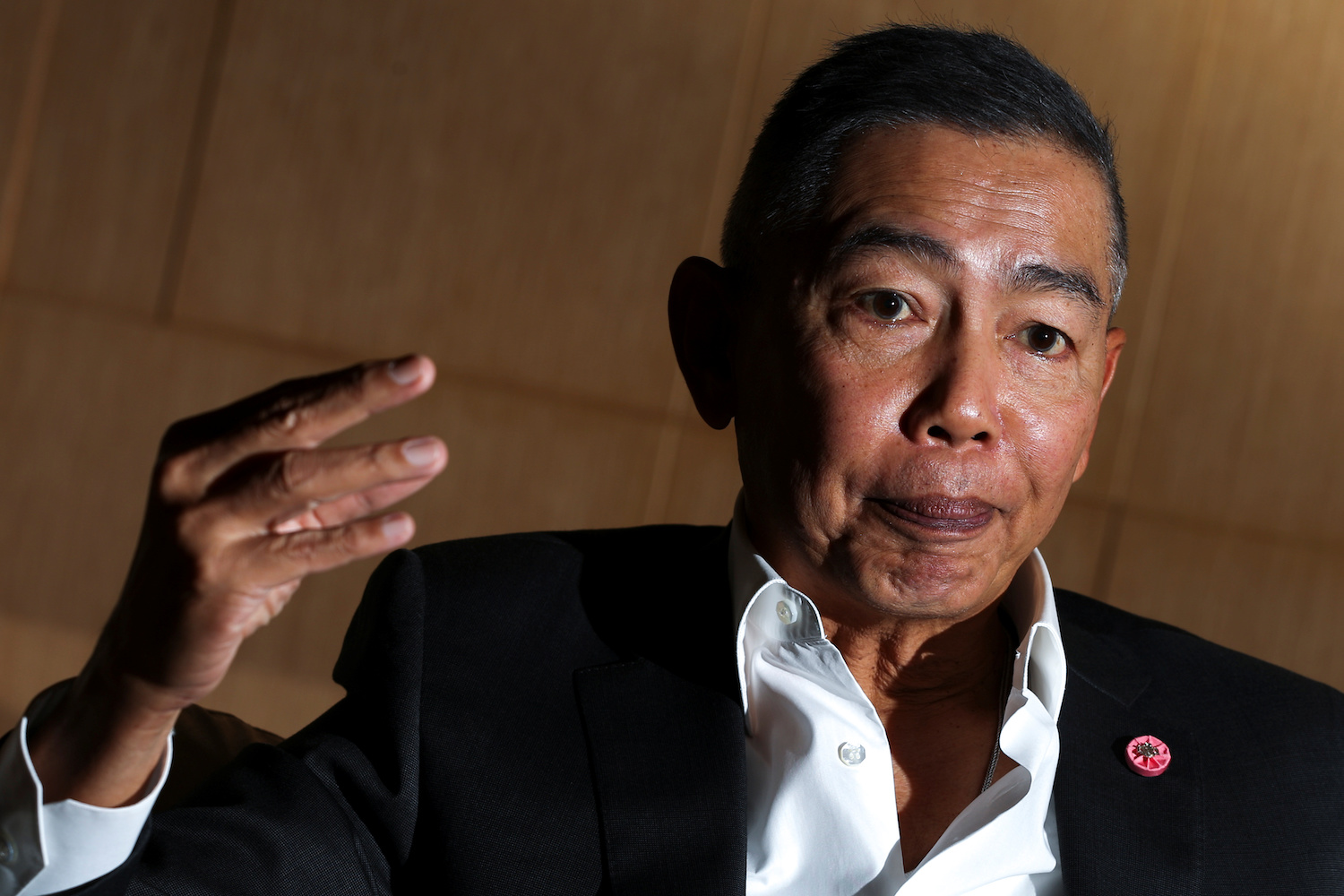 “The threat now is fake news,”

Army chief likens current challenge to 1970s struggle against communist insurgency, but with a cyber twist

The Royal Thai Army is fighting a “hybrid war” waged by enemies who are using “fake news” to turn young Thais against the military and the monarchy, says army chief Apirat Kongsompong.

In a rare interview with Reuters on Friday, a week after a half-dozen small bombs hit Bangkok during a high-profile Asean meeting, Gen Apirat said the attacks were aimed at undermining the new civilian government.

Gen Apirat said the army was now fighting a struggle that he compared to that against communist insurgents in the 1970s and ‘80s, with the challenge now being propaganda on the internet.

“The threat now is fake news,” he told Reuters in his first sit-down interview since the new government took office in July.

“It’s like cyber warfare. And when it combines with the (bombing) incident that happened last week … it’s like hybrid warfare.

“Now it is not just an open enemy like the old time. … So we have to reorganise and improve our knowledge, and reorganise our units and many things to maintain peace and national security.”

Gen Apirat declined to name those he suspected of being behind either the propaganda or the bomb attacks, but referred to unidentified parties.

“Some political parties, just born a couple of years ago … had the platform of their propaganda directed to (people) when they were 16 and 17,” he said. “They try to educate them with fake news.”

A surprise in the March election was the emergence of the new and stridently anti-junta Future Forward Party which specifically targeted young voters and is now allied with Pheu Thai, which led the government overthrown in the 2014 coup.

No opposition party has advocated violence against the military or government, but police have said last week’s bombings were suspected to be “linked to political issues”.

With the new Prayut government in place, Gen Apirat vowed that the military would stay out of politics and said there would be no coups under his watch.

“As long as I am in this position I will never let the army cross the line,” said Gen Apirat, whose father was also an army chief and staged a coup in 1991. “After the election, the army has to step back.”

He said that while the military played a role in detecting propaganda against the state — and particularly against His Majesty the King — it is up to the government to take action against perpetrators.

“Now the army and the government, we work separately,” he said.

Govt plays down 'apology' to cabinet

A government spokeswoman has played down rumours that Prime Minister Prayut Chan-o-cha may quit after apologising for not completing the oath of office during last month's cabinet swearing-in ceremony.

Speculation that he might resign has been rife after the premier apologised to cabinet ministers over the issue and said he would take "sole responsibility'' during a keynote speech outlining government policies to cabinet ministers, senior officials and state enterprise executives at the Impact Arena Muang Thong Thani in Nonthaburi on Thursday.

"I would like to apologise to all ministers. I take sole responsibility [for this]. My only worry is how to make sure the government can function. I would like you all to carry on with your work," the prime minister said.

Gen Prayut said he would let the issue be settled by a thorough study of the constitution, while he gets on with governing.

Government spokeswoman Narumon Pinyosinwat on Thursday dismissed talk the prime minister had hinted at resigning when he said he would take "sole responsibility".

The prime minister's remarks had nothing to do with the oath issue, Ms Narumon said, adding that he was referring to his responsibilities under the constitution.

Deputy Prime Minister Wissanu Krea-ngam on Thursday refused to comment on Gen Prayut's apology and remark that he would take sole responsibility.

However, Mr Wissanu said he felt the prime minister intended to communicate with the public rather than cabinet ministers at Thursday's gathering.

"If he [Gen Prayut] wanted to apologise to cabinet ministers, he could have done so at the cabinet meeting or anywhere else. There would be no need for him to do so at such a public gathering which was broadcast live nationwide. He'd rather speak to the public,'' Mr Wissanu said.

'Many things make us feel uneasy'

Thai Civilised Party leader Mongkolkit Suksintaranont confirmed on Thursday that five small parties with five House seats would leave the coalition government because they had been denied an executive position.

List-MP Mongkolkit said at the parliament the decision to leave applies to his party and the Palang Thai Rak Thai, New Democracy, Thai People Justice and Thai Teachers for People parties.

He said a few months ago Palang Pracharath Party leader Uttama Savanayana and PPRP secretary-general Sontirat Sontijirawong had honoured small parties by inviting them to join the coalition, but the leaders of small parties had not been honoured.

"When the cabinet was formed, we received little response… We do not have a representative on the executive to implement our parties' policies," Mr Mongkolkit said.

The NACC found evidence that PPRP party-list MP Virat Ratanasate, his wife Thassaneeya, and her sister Thassanaporn Ketmetheekarun, both constituency MPs for Nakhon Ratchasima, had colluded with 21 other people in siphoning off budget disbursed from the MPs fund to the futsal field project.

The anti-graft agency is required to forward the case to the Office of Attorney-General within 30 days.

The OAG then has 180 days to review and decide whether to bring the case before the Supreme Court's Criminal Division for Holders of Political Positions.

If the case is accepted by the court, the three PPRP MPs will be suspended from duty.

The PPRP-led government has just four more House seats than the opposition. It will be skating on a thin ice if the three MPs are suspended and cannot vote in parliament for the duration of the trial, according to a political source.

Mr Virat and the other suspects stand accused of engaging in policy-oriented corruption by unlawfully interfering in budget matter and diverting funds meant for school repairs to futsal field construction.

The alleged graft took place in 2012 under the Yingluck Shinawatra government, when Mr Virat was serving as Pheu Thai MP for Nakhon Ratchasima.

Under the 2007 charter which was in effect in 2012, MPs and senators were prohibited from interfering in state budget management in a manner that would benefit them directly or indirectly.

The funds were allegedly siphoned from the 2012 fiscal budget even though many schools did not request them in the first place.

Moreover, after their construction the futsal courts were found to be substandard and abandoned.

According to the NACC, Mr Chinnapat, the then-secretary-general of Obec, sought an additional budget of 7 billion baht without providing details of where the courts would be constructed or how much each would cost.