Ten things the Thai Government could to do right now 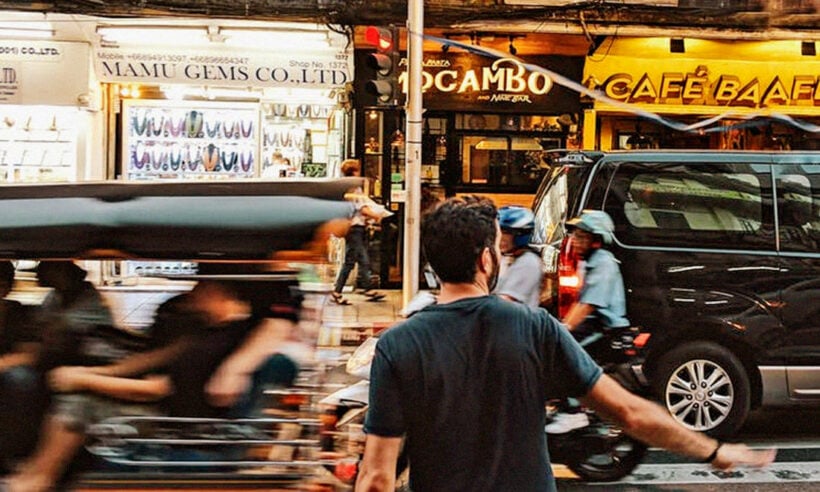 Thailand is a proud country with a rich cultural tradition. And great food. Expats and visitors have been flocking to the Land of Smiles for a century, especially the last 20 years when tourism has surged to become a major contributor to the country’s GDP.

But the veneer of a never-ending rise in tourism numbers lost some of its gloss with tourism officials, perennially optimistic and talking-up the numbers, when they were forced to admit that tourism dropped in Q2 this year. The numbers have rebounded since then with tour operators and hotels reporting a buoyant Q3 and good bookings ahead into the high-season.

But it wasn’t just tourism, living as an expat has become increasingly complex and expensive for many. There is a perception that “we’re not wanted here anymore” which is an uncomfortable feeling to have when you just want to enjoy living in the country you love and contribute to its economy by participating.

That the issues are now making headlines in Thai media is bad press for the Land of Smiles.

The rise in value of the Thai baht against some currencies, the enforcement (and ongoing confusion) over the TM30 and more scrutiny on some of the visa options for long-termers, all added to a malaise in the world economy, is making travelling to, and living in Thailand, a bit more challenging than in the past.

Here are ten suggestions, published in good faith, we believe should be implemented to address key problems.

Between the mountains of paperwork, public service attitude, language barriers and fierce protectionism, doing business in Thailand as a foreigner is not easy. The need to have a small army of accountants and ‘Thai Nominees’ is just a part of the problem. The endless red tape and hurdles put up by the Thai Government, and the patchy application of some of these requirements, make running a business professionally an ongoing challenge.

There are quite a few visas available for tourists and expats to come to Thailand . But the goal posts keep being shifted and the requirements continually change. Thinly-veiled corruption and variations of how the various visas are applied have made getting and maintaining a proper visa in Thailand challenging.

Tourist visas would also benefit from increasing possible length of stays and reducing paperwork before and upon arrival. There is currently a waiver of visa fees for some countries up to the end of October 2019.

Immigration officials, around the country, control their own local fiefdoms where the ‘guidelines’ are just guidelines and are interpreted differently on different days by different officials. Apart from confusing the expats and tourists, these systems provide lucrative opportunities for blackmail and corruption.

A smile could help sometimes too.

Whilst the reasons for Thailand’s droop in tourist numbers for Q2 this year are many and varied, the body who has been marketing Brand Thailand is the Tourism Authority of Thailand. They have made countless mis-steps and strategic errors in the past decade and must shoulder part of the responsibility for some of the systemic problems, including the over-reliance on just a few national demographics.

A proper, independent, tourist organisation with a professional, modern marketing team with international experience, not just Thais, is a must. Thailand’s ‘charm’ is no longer enough in the highly competitive world of international tourism. Around SE Asia there are now emerging destinations that are simply doing a better job than the team at the TAT who are, like the national airline, beset with nepotism and long-termers who should have been fired a decade ago.

Just about every aspect of tourism in Thailand needs to be updated, cleaned-up and improved and the TAT are just the wrong people to do it. They’ve strategically been chasing an unsustainable tourist mix and placed all their marketing eggs in few baskets.

Whilst they spend large amounts travelling the world and participating in travel expos, they too need to follow the rest of the world online and have their staff populating the world of social media, all day, everyday. Whatever they’re doing on social media now, multiply by 100!

Working under the auspices of the Department of Sports and Tourism hasn’t worked well for the TAT. The Government now needs a dedicated Department of Tourism is they are to maintain the percentage of GDP garnered from tourists into the third decade of the 21st century.

The fall-out from the Phuket Boat Tragedy is still being felt and has left a poor impression of safety for tourists. A year later and what has changed?

Speaking of Phuket, the shameful handling of the local lifeguard contracts has been a direct reason for drownings along the island’s west coast in recent years. The dithering of contractual arrangements and personality clashes took precedence over hiring, up-skilling and deploying a professional lifeguard service to protect beachgoers.

Around the country the reports of safety lapses causing death and injury to tourists are alarming in their frequency. Tour bus crashes, boats capsizing, renting out motorbikes to unlicensed drivers and tourist attraction safety standards. Problems associated with all of these are mostly preventable.

Part of the problem of doing business in Thailand is that, no matter how good you are, you never really own the legal framework that defines your business. A foreigner can only own 49% of the shares in a Thai company. This protectionist business law is a major barrier for foreigners to invest in Thailand making it difficult, or impossible to attract additional investment or plant to sell your business down the track.

There are provisions for larger enterprises to register a 100% foreign owned Board of Investment (BOI) business but these are quite complicated and expensive to set up and only available for limited industries.

Providing a more flexible and easier company law, with more options for small to medium companies, would allow Thailand to attract a much larger number of international business people.

It’s meant to be the Land of Smiles. But arrive at any checkpoint or airport as you land in or depart Thailand and your first and last impressions are of unhappy, scowling immigration officials. And if you arrive at the wrong time at an airport the queues can be horrendous.

The situation may be similar at any international airports around the world, but when you pin your whole brand around being a Land of Smiles, you could at least try. It is, after all, the first impression.

Now they’ve added an additional layer of checking you in and out of the country with a fingerprint and iris scan. Taking a copy of all your finger and thumb prints just adds another 30 seconds or so as you arrive and depart… multiplied by x number of tourists waiting in line.

The same applies for some, probably more than in the past, of retailers who seem to spend a lot more time scrolling on their phone rather than attending to their customers these days. Some just don’t like being interrupted and, if you’re not buying, give you attitude rather than a simple acknowledgement.

To be fair there is only a limited number of levers to pull for Thai treasury officials that could ‘force’ the Thai baht to a lower value. Short of printing new Thai baht bills (which would also push up inflation), there are limits to what a modern government can do in an open international currency trading world.

Still, local businesses in tourist regions could take some control and reduce the ‘tourist’ prices and stop the blatant rip-offs aimed at solely extracting money from tourists’ pockets. Buy a Big Mac in the middle of Patong or Pattaya, then drive 3 kilometres away to another McDonalds and note the difference in price. Just maintaining your high prices and hoping for the best isn’t going to win new business.

The two-tier pricing is also a slap in the face for tourists (and most expats) which smacks of xenophobia or greed. Even the word ‘farang’ denotes an attitude to caucasian foreigners, either of derision or as walking ATMs.

Scams have been part of the tourist game forever in Thailand. Some are just a silly punt at extracting a few extra baht from unsuspecting tourists, others are down-right dangerous, offend tourists and end up as a Facebook post. When these scammers get outed and charged (rarely) the fines and punishment are often perfunctory and are not a deterrent to other would-be scammers.

There should be a register of these annoying tourist rip-offs and schemes which is posted on some website where the ‘shame’ can act as a better deterrent using the Asian concept of ‘losing face’ as a weapon to combat scammers and prevent more from flourishing.

Or simply track down, punish the current scammers and fine them more often.

Make it easier to buy property

You see a property. You like it. You negotiate a price and want to buy it. That’s usually where it starts to get difficult. Foreigners cannot buy land or the land that their villa is sitting on. Many have got around these laws by leasing the land or forming a Thai company to do the transaction. In both cases the ‘buyer’ is never really the ‘owner’ and, whilst working reasonably well for 30 years, is still a long way around a fairly simple situation. The only winners are lawyers as they help foreign buyers navigate the labyrinth of Thai property and company law.

With the law allowing foreigners to own condominiums 100% (as long as 51% of the available units in the development is owned by Thais), developers have raced to build condos to feed the foreign buyer interest in Thai property.

Whilst appreciating the history of keeping Thailand for ‘Thais’ there should also be at least another easy option for foreigners to participate in the freehold market to better internationalising Thai property.

The requirement for foreigners to report their residential location within 24 hours of a change of address, and the current confusion around the matter, should be clarified. The law applies to expats, forcing them to report to Immigration when they return from a weekend away or a business trip. Or their reluctant landlord is responsible. The actual guidelines lead to more questions, rather than providing answers, and the enforcement is applied ad-hoc.

If the report could be done ‘easily’ online on an effective, easy-to-use, reliable webpage or App, that would certainly help. Currently there is an App and a website but the successes for using it are ‘lumpy’ and users could be involved in making the process simpler.

We acknowledge the Thai government’s right to keep a track of foreign visitors but also think a streamlined, clear process would assist everyone and lead to better results for the Immigration team and better compliance by foreigners.

Make it easier to buy property

am Kauf von Wohneigentum in Thailand