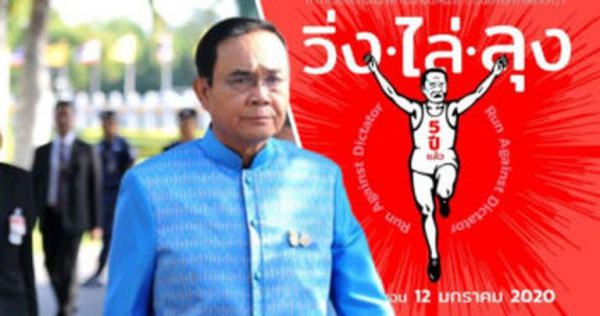 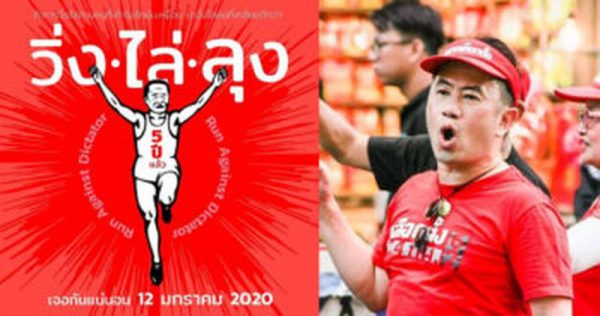 Thanathorn Juangroongruang, the 40-year-old leader of Thailand’s upstart Future Forward party, is often portrayed as a man in a hurry. That’s in part because he may already be running out of political time.

His party widely exceeded expectations at this year’s general elections, placing third on an anti-military ticket that by all counts captured the imagination of first time and other young Thai voters.

Now in the political opposition, his Future Forward party has challenged the legitimacy of the kingdom’s transition from military to democratic rule, marked by its return of coup-maker Prayut Chan-ocha to the premiership.

But the old guard is fighting back with a vengeance to Thanathorn’s perceived threat, filing in recent months a slew of lawsuits that threaten variously to hobble, ban or even jail the photogenic businessman-cum-politician.

The first verdict in pending cases alleging illegal shareholdings, sedition, computer crimes and even threatening the royal crown will be handed down on November 20, when the Constitutional Court will decide whether to strip his parliamentary status.

Any subsequent verdicts that ban Thanathorn or his party could spark new youthful bouts of instability, though Thanathorn tells Asia Times that anti-government street protests would only be considered as a last resort.

In a November 14 interview with Asia Times’ Shawn W. Crispin at an aptly still under construction new parliament building, Thanathorn outlined his fast-forward vision for a more democratic and less militarized future.

Asia Times: With 22 legal cases now pending against you and your Future Forward party, are you the victim of a political witch hunt?

Thanathorn: Definitely. The military organs that conducted the coup d’état five years ago, they are still there. Now they are ruling under a democratic form, but it is still an authoritarian regime. It is still a junta. It just appears in a different form.

Asia Times: Why do the conservative and military elite seem to fear and loathe you and your party?

Thanathorn: We talk about inconvenient truths in Thailand. I am 40-years-old and I have already lived under four military coup d’états.

So we want to end this vicious circle of coup d’états and elections. We want to establish sustainable democracy in Thailand. And to do that you have to reform the military, you have to demilitarize society.

The reason they are so fearful about what is going on in Thailand is that people bought it; it resonates particularly with the younger generation. So I think that’s why they don’t want us to exist as a political force, as a political party.

Asia Times: How do you respond to criticism that you and your party are pushing too hard, too fast for political change?

Thanathorn: (Laughs) Two things. First, defending democracy and defending human rights anywhere in the world is not considered radical. If I’m saying things like this in Japan, if I’m talking like this in Europe, in the US, people aren’t shocked.

Is it too fast? I think with the speed of the world in which we face I don’t think it’s too fast. I think what the Thai people should be afraid of now is we’re moving too slow.

Asia Times: If new elections were held tomorrow would your party win?

Thanathorn: (Laughs) I have no idea. Put it this way: I believe the popularity of our party is increasing. People see we are serious about what we talk about. We walk the line. We did what we said we would do.

So we are gaining public trust. I’m not sure we’re going to win, but I’m sure we will get more votes.

Asia Times: Do you sense that you are now more popular with the masses than coup-ousted, self-exiled, ex-prime minister Thaksin Shinawatra as a democratic icon?

Thanathorn: No, I don’t think so. I don’t want to overestimate myself. We haven’t been in the government before and we are the opposition so there’s not much we can do. Thaksin left many legacies when it comes to modernization of public policies.

Asia Times: How would you characterize your relationship with Thaksin?

Thanathorn: Actually, I haven’t met him for over 20 years. The last time I met him was by the bedside of my father who was hospitalized with stage four cancer.

Thaksin visited my father a few nights before he passed away and I just happened to be beside my father that night. Otherwise, I have never met him face-to-face personally. That’s the relationship.

Asia Times: Do you agree that the previous and current governments’ policies favor a handful of big business families while failing to address the nation’s wealth divide?

Thanathorn: Oh definitely. I totally agree many sectors of our economy are still under oligopolistic or monopolistic structures. Too many sectors. It gives a few families in Thailand rent-seeking opportunities to create an enormous amount of wealth. That much is clear, that much is known.

If you look at the past coup d’état, these big families were always behind them. So I think it goes hand-in-hand when it comes to reducing the gap between the rich and the poor, democracy and demilitarization.

Asia Times: What will happen if the Constitutional Court strips you of your parliamentary status on November 20?

Thanathorn: People totally misunderstand this. It’s just an MP status, whether I’m an MP or not. It’s not about me being totally permanently disqualified from doing politics.

Asia Times: But there are several other pending cases that could ban you and your party from politics.  So can your party survive without your iconic leadership?

Thanathorn: If you asked me this question maybe six months or a year ago, I would say no. But now I am confident that our party is getting stronger and I am totally convinced that with or without me it continues.

As long as the military still rules, our party continues, our struggle continues. This is more of a journey than an organization, a journey of the people who want to see a democratic Thailand.

Asia Times: With the prevailing political winds, do you expect eventually to go to jail?

Asia Times: You have said previously that if your party is banned that you would take to the streets. Is that still the case?

You walk on the street and talk to the people they don’t like the prime minister, they are disappointed with the current economic conditions, they want to see change, they cannot take it anymore.

So on one hand you still have the memory of the crackdown in the minds of the people. But on the other hand you have this anger, you can feel it. So I don’t know what is going to tip the balance. I don’t know.

For us, unless and until all options are exhausted, we won’t go to the streets. The cost is high – you’re talking about lives of ordinary people. So for us we are still convinced the transition can be made peacefully in the parliament. Even though the hope is not big, but it is still there.

Asia Times: Army Commander General Apirat Kongsompong recently took tacit aim at your party as representing a resurgent leftist threat. Why do you think he singled out your party?

Thanathorn: We stand for demilitarization, so they don’t like it. It’s a state within the state.

You see the parliament? Politicians can’t even touch them, we can’t audit their books, we can not see how they spend the people’s money.

So there is no check and balance mechanism there. When it comes to the people and the military there is no linkage, so they are a state within a state. That’s wrong.

Thanathorn: It’s possible. He’s going to retire soon. But the only chance he has of becoming prime minister is if there is chaos.

If there is chaos he could stage another coup d’état and become prime minister. So the only thing that would bring him to be prime minister is chaos.

Asia Times: So does he tacitly want your party to create street chaos, perhaps in response to you being banned from politics?

Asia Times: Your party has already made waves in challenging military power. What was the thinking behind your party’s voting against an emergency decree to move elite military units into the King’s royal guard?

Thanathorn: I refuse to answer this question. My official answer would be our secretary general Piyabutr (Saengkanokkul) has already answered this in parliament. That is our official answer (related to the decree’s lack of transparency).

Asia Times: Some construed that as a direct challenge to royal power. Was that the intent?

Thanathorn: I refuse to answer this question.

Asia Times: Why do Prayut’s ruling Palang Pracharat Party (PPRP) members consistently try to portray you and your party as anti-monarchy?

Thanathorn: Because we have no corruption cases, we have never been in government before. I think that’s the easiest way to demonize someone in Thailand.

So now I have become an imaginary enemy of the state. And the easiest way to build that momentum is to brand the person you want to demonize as anti-monarchy.

Asia Times: Is there an inherent conflict between an emphasis on unity and loyalty, and the push, pull and contest of democratic politics?

Thanathorn: Let me put it this way: Everywhere in the world where monarchy still exists, a sustainable and strong monarchy happens to be in a democracy.

However, if there is no democracy and there is a monarchy, the institution creates stress, enormous stress in that society.

Asia Times: And do you think Thailand is headed in that democratic direction?