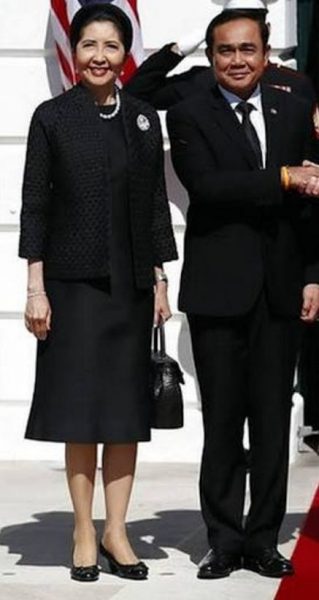 Commercial fishermen across Thailand have decided to end their protests after the government pledged to assist with problems which they believed stemmed from measures taken to curb Illegal, Unreported and Unregulated (IUU) fishing.

Rallies against the government's stringent regulations aimed at countering IUU fishing have been held in 22 coastal provinces since Tuesday.

In response, Agriculture and Cooperatives Minister, Chalermchai Sri-on, met with representatives from the National Fisheries Association of Thailand (NFAT) and other fishing associations in Bangkok to hash out an action plan.

According to Mr Chalermchai, the government agreed to implement a number of measures to appease the fishermen — including compensation payouts to fishermen whose boats were grounded because they did not meet the government's minimum requirements under its new anti-IUU restrictions.

Furthermore, Mr Chalermchai said that fishermen who were barred from fishing because they failed to meet the state's minimum requirements will be given 30 additional fishing days.

"The government will also allow fishing boats equipped with older models of the Vessel Monitoring System to continue operating with no fee," he said.

The government's response to what it describes as "fake news" this week is not just a disproportionate overreaction, but also worrying given that one of its targets is a satirical illustration of the premier's motto posted by Future Forward Party politician Pannika Wanich.

The first story claims the cabinet has decided to impose tax on tampons, while the second talks about the government planning to invoke emergency decree in Bangkok during the FFP-organised gathering on Saturday.

The authorities' timely response in correcting "false information" has been the right move, as it has helped prevent rumours from getting out of control and causing widespread panic.

He also said that law-enforcement officers have collected information about those behind this fake news, and will soon be summoned for questioning and may even face arrest.

While he did not elaborate what grounds this legal action will be based on, Thailand's existing laws that the authorities have been using are repressive in nature. These laws include the Computer Crime Act (CCA), which makes the entry of "distorted information" into computer systems a crime.

Mr Buddhipongse is also planning to use CCA to slap charges against Ms Pannika for a social-media post that he claims is "fake news". The Prime Minister's Office had filed a police compliant against the FFP spokeswoman, he added.

However, the minister's description of Ms Pannika's message as "fake news" demands scrutiny. The FFP MP had only re-posted an illustration that mocked the prime minister's motto for the upcoming National Children's Day by adding a message that children should not forget to join the FFP gathering. She also clarified her post by saying "the PM did not say that", but commented that she liked the creator of the illustration.

True, the problem of fake news needs to be taken seriously, especially if it gets out of control causing significantly harmful or damaging consequences, or when it appears to be part of a strategic political disinformation campaign.

Like its counterparts in other countries in the region like Singapore, the Philippines, Cambodia and Myanmar, Thailand has also been "combating fake news" by targeting its critics and the opposition for what they say or write online by using laws that repress free speech.

Treating publication of false or inaccurate information on social-media platforms as a crime will further entrench the culture of self-censorship and hinder the public's scrutiny of the government. It will also affect legitimate commentaries and investigative journalism.

Instead, the Digital Economy and Society Ministry should promote media literacy among social media users and support civil society development and the use of software to filter fake news on social media. Defining and combating fake news should not be tackled just by the government, otherwise it will only become an excuse to crack down on political opponents. 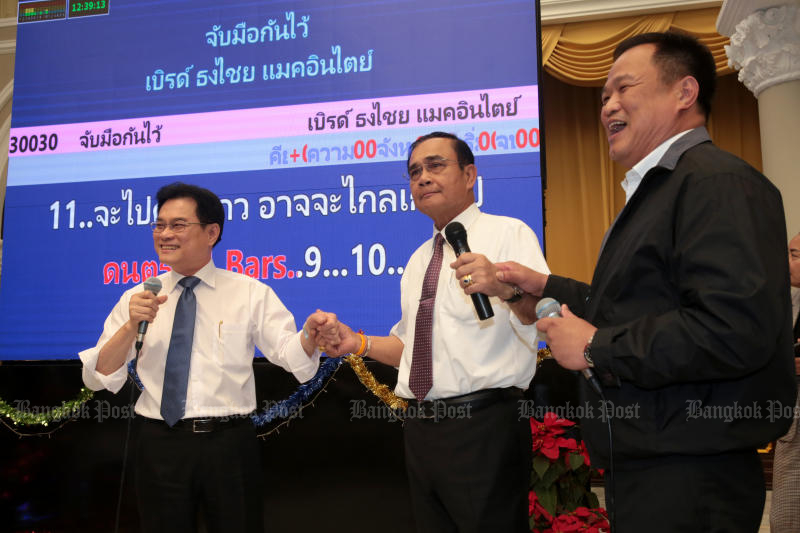 Prime Minister Prayut Chan-o-cha and leaders of the two main coalition parties saw no need to talk much on Wednesday, turning instead to song to showcase the government's solidarity