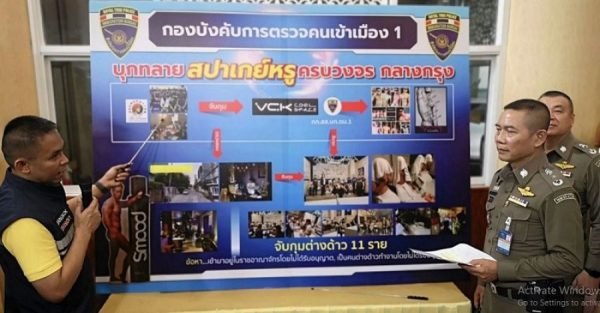 Opinion: When Society Curbs Its Own Freedom of Expression

In Thailand, limits on freedom of expression are not only imposed by various laws on the book, but also by members of society themselves. Two recent incidents in demonstrated my point.

First was the “French kiss” at the Parliament on Dec. 18 by two LGBT activists as part of a news conference to push for a same-sex marriage law earlier this month.

The move led to much condemnation that it was inappropriate to kiss in Parliament, as the place is supposedly a place of honor, filled with honorable Members of the House of Representatives.

I will not dwell on how Thai Parliament is an abode of crooks, deceits, and political shenanigans because it is beside the topic. The point is, while a French kiss in public may normally be frowned upon in Thailand, or at least raised a few eyebrows, the two gay activists were trying to make a point.

Without the kiss, it’s unlikely that the public, as well as the press, will take note of the long struggle for equal marriage rights by LGBT community.

The deep kiss in parliament was most likely a public stunt meant to shock and remind the public about their yet-to-be-fulfilled rights. Thus, to think it was inappropriate is to miss their point – the gesture itself was meant to be inappropriate.

Tolerance for such antic was low, however, and given the widespread backlash, any future shock tactic will be less likely.

Less than a week later, another incident reminded me how little tolerance we have for ideas that we disagree with and find to be offensive.

On Christmas Eve, Matichon Weekly magazine issued an apology to readers and the public for an opinion article penned by one of its columnists. Apart from the contrition, Matichon Weekly, which is operated by the same Matichon Group that owns Khaosod English, also dropped the column and the writer from its pages, as well as deleting the controversial article from its website.

The article was written by Pensri Phaoluangthong for her column, “Our Spinning World.” In her commentary, she argued that poor northeastern women only seek to marry Caucasian men as a quick fix to lift themselves from economic plight instead of focusing on their studies and employment like Isaan men.

The article went viral in no time, not because most agreed with it, but because they found the article to be highly offensive, ignorant, and unfair towards women from the northeast.

After just a few days of online criticism, Matichon gave in to the pressure.

This is an unfortunate turn of events. While I largely disagree with Pensri, there is a need to make sure that views that you do not agree, or even strongly disagree or find it highly offensive, has a place in society.

A society that has a very low threshold of tolerance for unpopular views or actions cannot expect to have a high level of freedom of speech.

The public has to learn that in order to ensure diversity of thoughts, it has to nurture not only a culture of tolerance, but also a culture of accepting criticism. If Thailand falls short of that, it will become a society that want to only hear good things about itself, real or imagined.

And even if some words or actions may be unpopular or wrong, having little or no tolerance for it will not only deprive Thai society of food for thought and self-examination, but could also leave Thai society intellectually barren.

Many uncomfortable questions can no longer be raised and debated if we as a society only want to hear things that are comfortable to our ears and eyes.