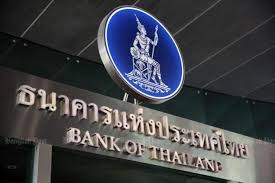 @ berndgrimm:  …If one takes a look at the “Chim Shop Chai” policy that the Prayut government has come out to launch, one can see that it is a policy that is purely a marketing gimmick. The more than 300 billion baht that is being spent will lead the country towards bankruptcy…

Somkid tells public not to panic

Deputy Prime Minister Somkid Jatusripitak has asked the public not to panic about the coronavirus outbreak or economic problems by giving assurances that Thailand will be steered through difficult times.

Addressing the Post Today Economic Forum 2020 on Thursday, Mr Somkid said that Thailand's economy has been hit by "storm after storm" for almost one year since the March 24 general election.

However, he expressed confidence that the country will eventually weather all the storms.

"The government does not want the public to panic. We want you to believe that Thailand will get through them [storms]," said the deputy prime minister.

OPINION: Thaksin says the government needs to fix the economy and care more about the people, not just the rich

I have been requested to write a piece on the economy of our country by the newly launched English online portal – Thai Enquirer.

First, let me congratulate the team for coming out with content that is much needed in this day and age where information is the key to both the social and economic development of any country.

The flow of information is very important in the current situation of our country where economic growth seems to be in a dire need of a boost.

The Thai economy, which was the envy of the other countries of the region not too long ago, has been on a downhill trajectory and today it can be considered to be an economy that is lagging behind other economies that we were ahead of not too long ago.

From being the engine of growth in the 10-member ASEAN region, our country’s economic growth is among the worst and the outlook does not look like it would get any better anytime soon.

But amid all the problems in the economy, there are certain segments in the society that continue to prosper and this is creating a situation that would result in a bigger gap among those who have and the less fortunate people of our country.

The condition of our country is such that those who are in the upper crust of the society are getting all the benefits while the masses continue to suffer. The less privileged people of Thailand are suffering like never before and this is not due to the global economy as the government is claiming.

The global economy has been in shambles many times and every time Thailand managed to scrape its way out. The lessons that Thailand learned from the 1997 financial crisis were most severe and one can say that the current economic crunch in our country is the worst since 1997 “Tom Yam Kung” crisis.

During the 1997 financial crisis, the banks faced numerous problems and that experience has led the Thai banks to be fearful that the current situation may result in similar problems to those seen during the Tom Yam Kung crisis.

This fear coupled with the serving-the-rich mentality has created a cycle that could bring our country to its knees. The banks in our country are helping to make the rich become richer while they are letting the poor get poorer.

In Thailand today what we see is that the banks are giving all the support to the conglomerates who are getting bigger by the day while the general population are scrambling to even get their working capital from these financial institutions.

To top this off is the fact that the Bank of Thailand is not acting as an independent agency as it should be. Instead of asking the banks to provide liquidity, the Bank of Thailand seems to share the same mentality as their private counterparts thus creating a kind of cartel to help the rich and big conglomerates.

By focusing on monetary policy and not fiscal policy, the BOT has helped create a situation that has made the Thai baht too strong compared to our regional peers. Today, the Thai baht is 10% stronger than the regional currencies and this is impacting two of the strongest sectors of our economy – tourism and exports.

These two key areas of our economic engine are starting to suffer and the repercussions are going to be far-reaching if the route cause is not tackled.

Exports in the past 5-months are shrinking and the University of Thai Chamber of Commerce has predicted a slide of 0.9-2.4% for 2020 when compared to 2019.

The strong Thai baht has also led to an increase in the outward flow of funds and this is benefiting the rich only.

What the government and independent agencies have managed to do, then, is push Thailand off the global map or as we Thai people call “Tok Kabuan” or translated into English as we have already missed the train.

Their approach to the situation has been an assembly line way of thinking when what’s needed is a more holistic approach.

Today the global way of thinking is that of convergence and here we are thinking in our own silos. Thailand as a country needs to have more convergent thinking that is aimed at helping the people of the country.

The world today is very different from what the current government thinks it to be and it is important that all of us be able to adapt to the changing world.

Thailand needs leadership that is thinking and acting in the ever-changing global landscape and that cannot be achieved with the people who are in power at the moment.

The problem with our country is that the current economic team in this government are people who are more focused on marketing and not really looking at the practicalities of the policies that they are implementing.

If one takes a look at the “Chim Shop Chai” policy that the Prayut government has come out to launch, one can see that it is a policy that is purely a marketing gimmick. The more than 300 billion baht that is being spent will lead the country towards bankruptcy.

What is needed is the stimulus package that would help push the money into the pockets of the people who spend and that trickle-down effect would help spur the economic growth of the country.