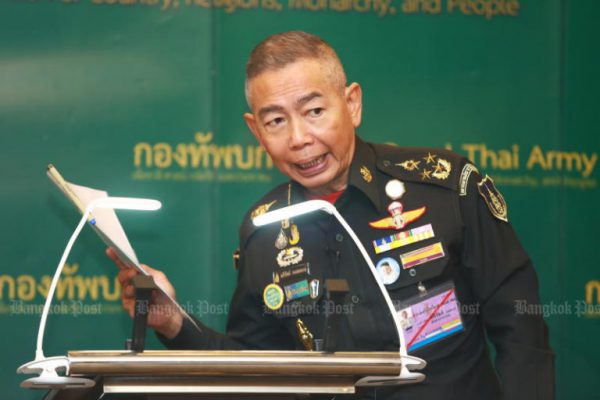 Underpinnings of a Thai mass shooting

Thailand's worst apolitical mass shooting on a Buddhist holiday last weekend left a trail of deaths and injuries with one lasting question that will be hard to answer. As the country reels from the shocking tragedy and loss, the Thai government needed to respond by pulling the country together in a healing process, coming to terms with the situation and drawing the right conclusions to prevent this sort of mindless killing from ever taking place again. Instead, the authorities from the prime minister to the army commander-in-chief focused too much on themselves and failed to show sufficient empathy with the people and provide a way forward for Thai society.

Normally in a soured business deal among Thais, an argument might have led to an altercation. Perhaps shots would have been fired. Perhaps homicides might have ensued. It would have ended there, not in a subsequent shooting spree. But this case was unprecedented. These are some of the observations that can be teased out from what happened.

First, the army continues to do business in and from the barracks. In recent years, we have learned that even a nephew of Gen Prayut Chan-o-cha, the former junta leader and still prime minister nearly six years after having seized power, also did business from the army base where he resided. It is commonplace for army officers to do deals on the side because their official salaries are insufficient and because they have access to power and public resources, which can be parlayed for private gain.

The case of the sergeant major who became a mass shooter, having killed 29 people and injured another 58, involved a real-estate deal gone awry. The real estate, in turn, revolved around an army welfare loan programme and the sale of public-owned land intended for the benefit of army personnel. At issue are the huge swaths of land the army owns outright and those it has access to.

This episode illustrates how much of the land in Thailand is owned by a handful of entities for their own benefit and how most Thai people don't have the chance of owning a piece of land on which to build their livelihoods. In addition, the army has also been engaged in other businesses for a very long time. Chief among them is Thailand's media industry. Many may have been surprised to find out that the Thai military — the army but also the navy and the air force along with the police force — owns most of the airwaves which they rent out to private operators. What happens to the income is anybody's guess.

Second, after the payment of his commission for the real estate deal was not honoured by his commanding officer, a colonel in cahoots with his mother in law, the sergeant felt ripped off and jilted. He then took matters into his own hands and shot his hitherto business partners. In military circles, the mistreatment of subordinates by superior officers is well known. Low-level recruits and non-commissioned officers (NCOs) are known to be routinely cheated and abused by higher-ranking commissioned officers. This could involve cases between sergeants and newly conscripted privates or between commissioned and non-commissioned officers. The abuse from top to bottom has led to myriad grievances that have long gone unaddressed.

Indeed, the army chief, Gen Apirat Kongsompong, admitted as much that such superior-subordinate abuse is widespread. The army chief conceded that he will set up social media channels to address such qualms and grievances but that the identities of the claimants need to be known up front. There's fat chance of that because lower-rung army personnel would be afraid of the repercussions if their names were to ever become known.

Third, we have had more or less a military-backed government for nearly six years. It has been a lacklustre government that has shown mounting incompetence. This kind of government is supposed to be strong on order and stability. People are supposed to feel safer in exchange for less freedom. But public safety is now completely compromised. Imagine if the mall at issue had been in Bangkok. If this government cannot ensure the public safety and personal security of innocent bystanders, then what is it good for?

Fourth, the authorities' response became an unnecessary circus. Shocking events like this are naturally hard to handle but at the same time they pose immediate challenges to official wherewithal. What we saw was disarray. The prime minister, health minister, army and police chiefs took turns to say something at different times. On arriving at the scene after the tragedy, the prime minister waved and smiles with seemingly cute hand gestures to waiting reporters.

The army chief's morning-after press conference became controversial because it went astray. Initially, the army chief expressed apologies and regret for what happened, for the heinous act of an army sergeant major gone rogue. But then he turned defensive and self-righteous about the army's "sacred" role and place in Thai society. Gen Apirat's tears seemed more about the army than the Thai people who were in a state of shock. He chastised reporters and social media users for questioning the role of the army, which has entrenched itself over the past 15 years after two military coups, in Thai society.

If top Thai leaders needed an example of how to respond and what to say after tragic and senseless violence of this scale is perpetrated, they should have listened to New Zealand Prime Minister Jacinda Ardern's speech after the Christchurch killing spree early last year. Or they could have tuned in to any of former US President Barack Obama's multiple speeches in the aftermath of mass shootings. The point is to condemn on the one hand and to empathise on the other, lifting up spirits and stressing what is still good about people and how the forces of good will prevail.

Finally, the traditional and new media are so numerous that they have become overly competitive. Media saturation and sensationalism certainly made matters worse. But media machinations are a sideshow compared to the official handling of the tragedy.

The unanswerable question is why it did not all end there at the colonel's house when the army sergeant major carried out his revenge killings. That the soldier took it out on innocent bystanders at will is deeply disturbing and unprecedented in Thailand. This kind of wanton killing spree is not something we Thais imagined any of us doing to ourselves. We have had southern insurgents and street protesters being shot at in large numbers but not a lone Thai shooter on a trigger-happy rampage against others. It is a question that should linger in people's minds to keep Thais on their feet, knowing that it could happen again unless the right steps are taken.

Among these steps are a revamp of Thai military culture to be accountable to the public and a reduction of the Thai military's commercial dealings. This tragedy should be another wake-up call for the Thai army so that it becomes more professional, streamlined, better paid, and is back in the barracks.

Thitinan Pongsudhirak, PhD, teaches at the Faculty of Political Science and directs the Institute of Security and International Studies at Chulalongkorn University.