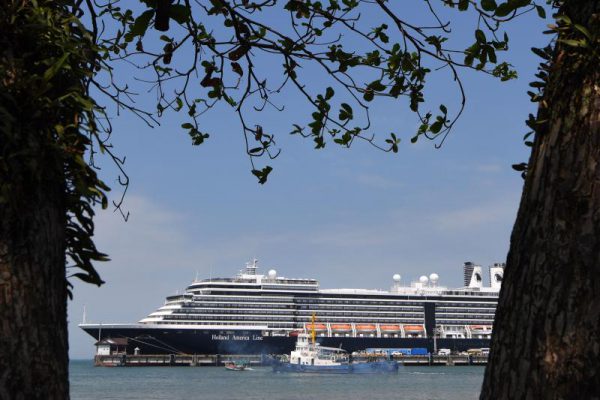 Govt risks being the next casualty of Covid-19

The daily tally of coronavirus victims misses one casualty: the Prayut Chan-o-cha government.

The question on everybody's lips is not just "Where have all the face masks gone?'' but "Does the government have no shame?''

It has been more than two months since the outbreak started but the Thai public remains mired in confusion. Is the 14-day quarantine compulsory for all Thais returning from high-risk countries? What about tourists from those same places?

What is the definition of "self-quarantine''? Who will monitor them and how?

The commerce minister insisted that enough masks are being produced but citizens complain there is a shortage everywhere. Medical personnel from many public hospitals say their supplies are running short.

Indeed, even a major medical school facility like Ramathibodi Hospital admitted it only has enough masks to last another week and appealed for donations from the public.

As people feel they are essentially being left to fend for themselves, the seemingly ignorant government tested the limit of their patience further by announcing a proposal to give away 1,000-2,000 baht to low-income earners to help them cope with impacts of the outbreak on the same day they launched a drive for public donations to fight the virus. The cash handout was eventually cancelled yesterday.

As if this was not enough, about 80 Thai workers returning from South Korea managed to "slip through" a screening process. How? And how can anybody trust the screening process if that many people can evade it?performance are popping up almost hourly online.

Its ineptitude has been so horrendous that even some of its most ardent supporters who would usually brush aside criticism against the government as a mere political ploy by the opposition are calling for its resignation.

On top of everything, a vigilante website on Sunday alleged that an aide to Deputy Agriculture Minister Tha

It is unnerving to see how the government seems completely oblivious to the growing public fury against its incompetence in the face of this health crisis. While people scrambled to find surgical masks to donate to doctors and nurses, deputy public health minister Sathit Pitutecha threatened to take disciplinary action against executives of hospitals where shortages are found.

That unhelpful response was enough to send the government's image into a coma. Hashtags criticising its

manat Prompow was profiteering from face masks, hoarding millions of them which he sold at inflated prices.

The minister, who insisted he was not imprisoned in Australia for heroin trafficking despite a court document saying so, denied the allegation. He said a close aide met with the suspected face mask gouger once but did not know him personally.

This is the same minister who said during the censure debate that what the Australian authority said was 3.2 kg of heroin in his case was flour. In response, the Sydney Morning Herald revealed the Australian government's lab test confirming the substance seized in the case was heroin hydrochloride.

Considering how poor and incoherent the government's response to the outbreak has been, it's incredible that no heads have rolled.

In fact, there has been no recognition of shortfalls and failures. There has been no establishment of clear policy and procedure, no review of what has been done and, as a result, no improvement in the country's attempts to deal with the contagion. Truth be told, the powers-that-be's handling of the outbreak has been a mess from the start.

The former construction tycoon fumbled when he said in late January, after China had already implemented a travel ban and Hong Kong had announced a health emergency, that the novel disease was "just a type of flu".

Mr Anutin hasn't stopped embarrassing himself ever since. He went out to distribute face masks to people. When European tourists refused to take them from him, he slammed them and said they should be "kicked out of Thailand".

As the man supposedly leading the fight against the outbreak, Mr Anutin has confused more than clarified when giving updates on the progress of the disease, what the government has done to protect citizens or what people should or have to do.

Despite the country seeing one death and 50 confirmed cases, it remains unclear whether Thais returning from high-risk Covid-19 countries have to go into quarantine. The government said so, but apparently there are cases where people don't have to. How can the country stem the tide if this is the case?

Amid the confusion and growing anger, the Prayut government has to come out of its bubble, own up to its failures and get its act together, or the outbreak will bring it to an end.

" We have to hang together!If not, we will be hanged separately!"