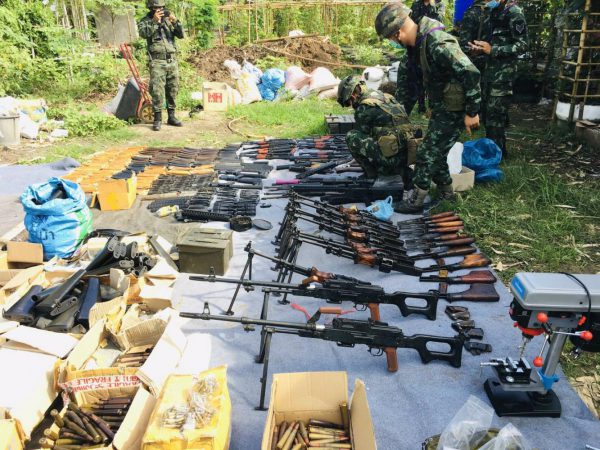 Political activists staged peaceful gatherings across the country on Wednesday to mark the anniversary of the 1932 revolt, which ended the absolute monarchy in what was then Siam.

Time for decree to go

Unless the government can come up with a justifiable cause, there appears no reason why the state of emergency should be extended.

The Centre for Covid-19 Situation Administration (CCSA) has reported no local community transmission for about a month.

The lockdown has also been gradually eased to the point almost all venues except boxing arenas, pubs and bars have reopened.

It's true that public health remains the priority as the country continues its attempt to curb the Covid-19 pandemic. But as the situation improves, it's time to take into account other issues especially those that will allow people to go back to business, earn their living and resume meaningful activities which will in turn enable them to re-embrace as much normalcy as possible.

While a second-wave outbreak is always a possibility, the present situation is far from being a crisis. Without a clear and present danger, there is no reason why the government should keep the emergency decree in place. The country has been under the state of emergency since March 26 when Covid-19 infections were on a steep rise with more than 100 new cases confirmed per day.

The emergency decree has been extended twice. The government has touted the law as the key to help it contain the outbreak. According to the government, the decree allows authorities to take swift action and ensure all lockdown and preventive measures are implemented across the board.

The government claimed the emergency decree allows it to coordinate among different ministries and agencies more effectively.

Now the lockdown is about to end, is there still a need for the extraordinary law to remain? Why should the government hang on to the "state of emergency'' when it is pushing for a return to normalcy at the same time?

According to news reports, the CCSA will consider whether to renew the emergency decree on Monday, June 29, before forwarding its resolution to cabinet for consideration on June 30.

The reports also said security authorities will propose the decree be extended but without a ban on public gatherings to avoid criticism that the government is using the law to stifle political dissent.

But what is the point? The decree was invoked primarily for disease control. If it were to stay, it must be to serve that particular purpose.

Earlier, Chief of Defence Forces, Pornpipat Benyasri, said security operations would not be affected if the state of emergency is lifted.

Gen Pornpipat, who is in charge of security for the CCSA, also suggested that as the country has managed to contain the outbreak, restrictions should be relaxed so people can go about their business as usual.

Deputy Prime Minister Wissanu Krea-ngam gave a similar opinion saying the extension of the emergency decree should be based on an assessment of the Covid-19 risk.

If the country is not facing a second wave of infections, the Communicable Disease Control Act is adequate to curb the virus as the law also empowers the government to close down certain businesses, according to Mr Wissanu.

With no immediate crisis, a continuation of the state of emergency only serves to dampen investors' confidence.

The security law also looms large as a threat to people's rights and freedoms. All things considered, it does not seem justifiable to maintain it.