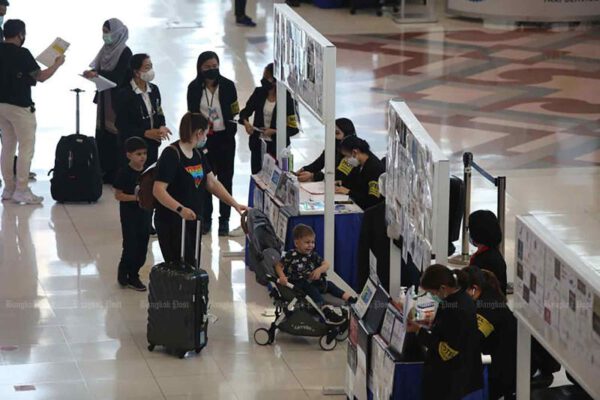 Does it sound right for Prime Minister Gen Prayut Chan-o-cha to tell Pol Maj Gen Paween Pongsirin to come back and fight after he had been explicit that the threat against his life came from "the highest-ranking people" in the country?

Pol Maj Gen Paween, formerly the country's lead investigator in human trafficking, is well-known for his probes into mass graves of Rohingya migrants near the Thai-Malaysian border which led to the prosecution of more than 60 suspects including several government officials and military officers.

The case was also unprecedented as it led to the nailing of the highest-ranking military officer to have been convicted of such a crime — army adviser Lt Gen Manas Kongpan, who was jailed for 27 years for trafficking, taking bribes and transnational crimes.

He died in prison of a heart attack last year.

The irony is that instead of receiving due recognition as the lead investigator, Pol Maj Gen Paween was forced to leave the country six years ago out of fear for his life.

When seeking asylum in Australia, Pol Maj Gen Paween claimed he had received death threats after his probe implicated "influential" people who wanted to silence him.

Although the former investigator left Thailand six years ago, details about his flight were only recently revealed when Move Forward MP Rangsiman Rome discussed them in parliament last week.

The revelations included the statutory declaration that Pol Maj Gen Paween filed with the Australian government when he requested protection for the duration of his asylum.

Of course, this is only one side of the story.

Still, Pol Maj Gen Paween's declaration, sworn under Australian law, appears too detailed — too incriminating — to be disregarded by concerned agencies and members of the public.

Beginning on a bright note, Pol Maj Gen Paween states he joined the police force because it was a "good profession and a good way to help my country".

The innocence of a young officer could be felt when he wrote that he chose to be stationed in the south because he "had never seen that part of the country before".

Pol Maj Gen Paween's life changed in 2015 when he was assigned to join the team investigating the trafficking of Rohingya migrants.

A mass grave had just been uncovered in Padang Besar district and there was a lot of international pressure on Thailand to investigate thoroughly, he wrote.

The former investigator went into details how he had to overcome numerous obstacles before he could issue arrest warrants for some high-ranking officials including the then mayor of Padang Besar and former chief of Satun Provincial Administration Office.

The story took on an even more menacing tone after the arrest of Lt Gen Manas Kongpan, an army adviser who enjoyed many high-ranking connections according to Pol Maj Gen Paween.

While most of the names and some parts of the story were blacked out, Pol Maj Gen Paween recalled how he was reminded by a military officer who Gen Manas's supervisors were, and that he should stop what he was doing as his life was in danger.

Pol Maj Gen Paween also claimed that he was prevented from furthering his investigation and making more arrests even though 62 suspects including two military officers and one naval officer remained at large.

It is surprising that the government, the defence minister in particular, had nothing to tell the public about this allegation even though the testimony was revealed in parliament.

Pol Maj Gen Paween's story took on an even more surrealistic turn after he refused a transfer to the restive far South since the area was under the direct control of a number of army officers who were suspects in his investigation.

Pol Maj Gen Paween claimed that he decided to quit the police force after realising that "the most powerful people in the country were the ones who were angry with me".

Pol Maj Gen Paween concluded that although he was a police officer for decades and knew many people in high-ranking positions, he could not live safely in Thailand.

"I angered many powerful people when I exposed the corruption in the human trafficking trade in Thailand and arrested people in the military. These people have power and connections throughout the whole country and there is nowhere that I would be able to remain living safely," Pol Maj Paween stated.

It is a thriller that to outsiders may seem outlandish, but has been met by a silence so deafening at home that one can't help but feel the irony.